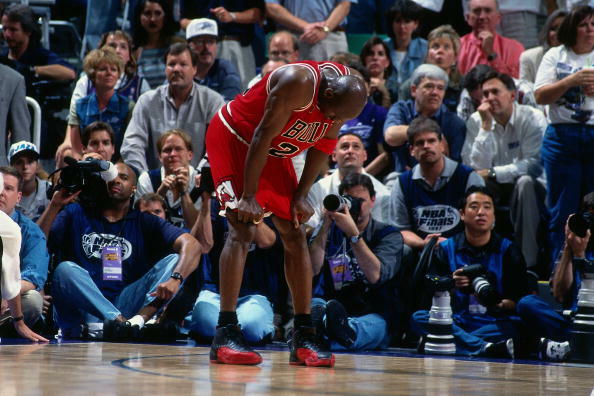 The Last Dance" has come and gone, and while Michael Jordan came out smelling like roses, his former teammates aren't exactly thrilled with how they were portrayed.

Scottie Pippen is "beyond livid" over the way he was treated in the documentary.

"He is so angry at Michael and how he was portrayed, called selfish, called this, called that, that he's furious that he participated and did not realize what he was getting himself into," Kaplan said.

Jordan called Pippen selfish for his decision to have surgery at the beginning of the 1997-98, a decision he admitted was motivated by the desire to protect his value with free agency looming and bitterness over the poor contract he signed in 1991.

The documentary spends a fair bit of time detailing his decision not to re-enter Game 3 of Chicago's 94 second-round series against the Knicks because Toni Kukoc was given the final shot over him. It also mentions the migraine he suffered in Game 7 of the 1990 Eastern Conference Finals, and at one point, Bill Wennington said that Pippen "crossed the line" in his treatment of general manager Jerry Krause.

Astory that Jackie McMullan wrote for ESPN reported that

"those close to him say he's wounded and disappointed by his portrayal."

Horace Grant told ESPN's Nick Friedell that most of the documentary was false.

"I would say entertaining, but we know, who was there as teammates, that about 90% of it -- I don't know if I can say it on air, but B.S. in terms of the realness of it," Grant said. "It wasn't real, because a lot of things said to some of his teammates, that his teammates went back at him. But all of that was kind of edited out of the documentary, if you want to call it a documentary."